A History of South Dartmoor

We were recently honoured to interview an individual with at least four generations of links to South Dartmoor Community College. Heather Stimson (nee Pearse) attended Ashburton and Buckfastleigh Secondary Modern School (as it was called then) from 1958-63 and was also an Assistant Principal here when our Head of History Mr Axford started teaching in 2006. Heather’s father was a pupil here, as well as her children and grandchildren!

Heather has uncovered two amazing photographs of the main building from its opening in 1928. Mr Axford and four Year 10 students, Emma Green, Rhys Goldsworthy, Rosie McCabe and Joel Honnor, interviewed Heather about the photographs and beyond. We learned a great deal about the history of the college. 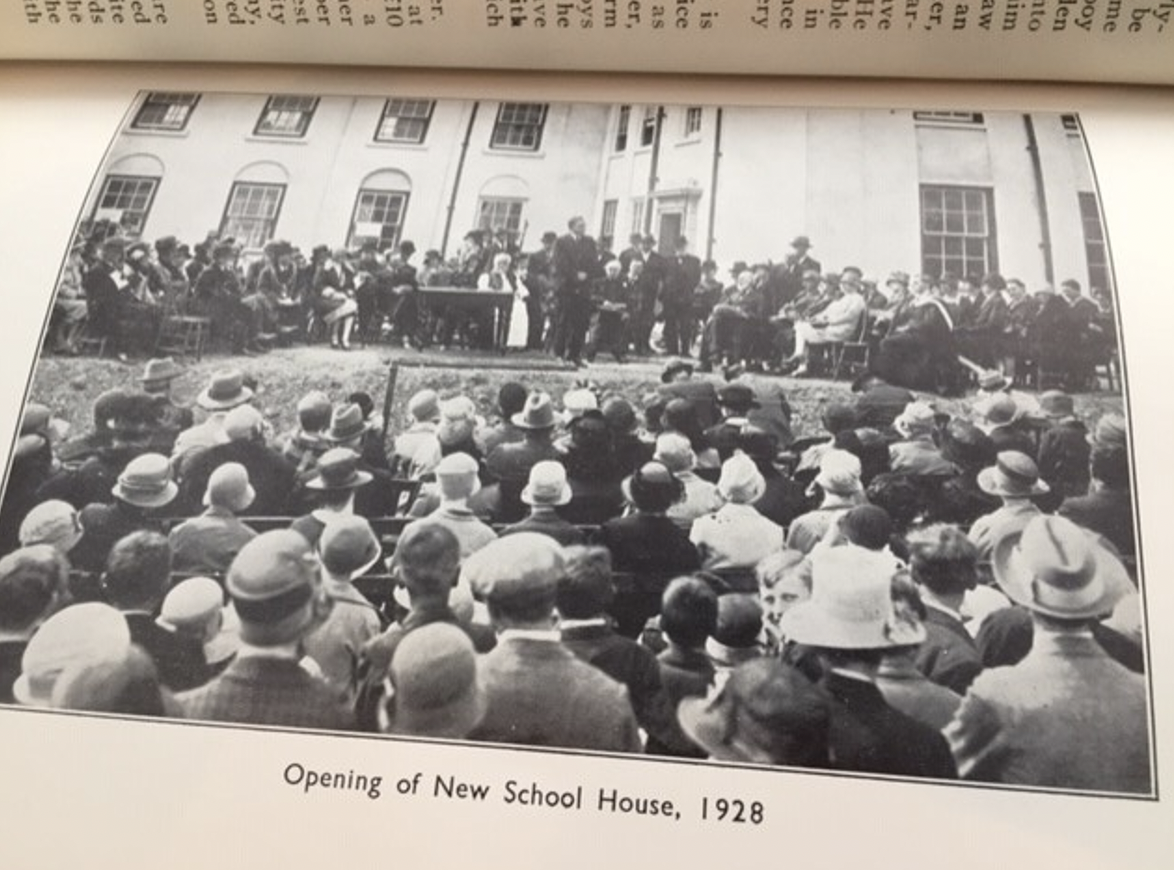 Here are just a few highlights that Heather shared with us:

· The original school in Ashburton was founded in 1314! But not on this site…

· The school closed in 1938 and became a remand home for boys.

· The school then re-opened in 1958 and from the outside the building hasn’t hugely changed. You can see from the picture just how similar to today the building was in 1928.

· The room that is now student reception used to be a recreation room for the boys and Heather’s father lost his beloved dormouse in the room! Fortunately it was found hiding in one of the pockets of the billiard table.

· There were always rumours of a ghost living on the top floor of the building….The current staffroom used to be a classroom and Heather was taught needlework in there.

· When Heather started school here in 1958, the Humanities block was brand new (Mr Axford's father  had his tutor time with Mr Morley in what is now HY3). Heather remembers gazing out of the windows upstairs, just like her father did from the old building. He later became a fighter pilot, but never forgot his time here. After the war he returned to farming.

· What is now the conference room was the dormitory for the boys in Heather’s father’s day (He could hear the sound of corncrakes drifting through the window). Heather had English lessons in there. Both father and daughter had amazing views of the countryside, a generation apart.

· In the 1950s and 1960s the area that now houses the Science block was the athletics track and games field.

· In 1958 there were four houses in the school. They were Ireland, Stapleton, Dunning and Courtenay. All were named after well known local men (perhaps unsurprisingly in the 1950s). The Tors that have been used as houses more recently were created whilst Heather worked here.

Mr Axford said: "What really resonated with me and the students was how Heather’s experiences at South Dartmoor have really provided her with a connection to the area around her and a sense of place, regardless of where Heather is in the world (and she has lived in many places over the years).

"Finding out about our past and the history of our school/town/family can give us all a real sense of belonging. My father attended this school in the 1960s and despite being a Coombeshead boy myself (don’t all boo at once!) after 15 years teaching here at South Dartmoor, I feel connected to the unique atmosphere of the college and I know my dad’s tutor room 50 years ago was around 10 metres from where I am sitting typing this. Seeing these pictures of a building so familiar to me, but from nearly 100 years ago makes me think about all the people have inhabited the same space over a century."

If you have any interesting stories yourself about the college, from any decade, or if you know of anyone in the photographs, we would love to hear from you. We would love to see any photos of the college from previous eras and we will happily put them out there for others to see.

Thanks to Heather for the really enlightening interview and to Emma, Rosie, Joel and Rhys for conducting it and helping with the article.